Le Pigeon’s burgeoning chef Gabriel Rucker has a knack for turning the ordinary into the extraordinary. Having flown the coop from Gotham Building Tavern a few years back to open this small and unfussy eatery, he’s met with nothing but success ever since. His nose-to-tail philosophy of cooking has produced specialties such as Duck-Duck-Pigeon, a pan-roasted squab with duck confit, and Poussin (a young, small chicken) with shell beans, corn, and chanterelles. With his desserts, Rucker veers away from traditional sugar-laden concoctions and opts for savory treats; Apricot Cornbread with Bacon and Maple Ice Cream is one option. With a menu that never changes, Le Pigeon has most certainly brought in a new flock of foodies in Portland. 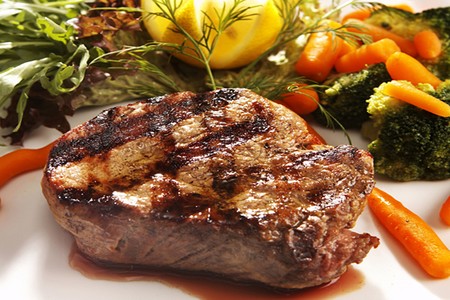 This is a sample dinner menu. Menu changes seasonally.